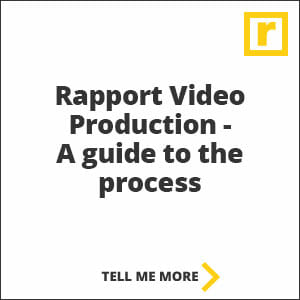 Video Production - A Guide to the Process

Initial Briefing/Budgeting
A key part of the process is understanding the objectives of the video, target audience, project timeframes and agreeing on a budget framework. At this stage, we can establish a creative brief and discuss your expectations, proposed content and look and feel of the video.

Pre-Production/Script Development
The pre-production stage develops the creative idea into reality, arranging all the logistical elements and details that need to be finalised in order for production to commence. We plan everything including scheduling, weather checks for filming days, shot lists, sound set up and lighting design. If need be we will create a storyboard and agree the people who are to appear in the video production whether staff, pupils or models and arrange the relevant consent forms when necessary.

Filming/Production
If the pre-production stage is thoroughly planned out, then the shoot days should run relatively smoothly. The filming days involve setting up cameras, lighting and microphones where necessary and coordinating the shoot with designated staff.

Post-Production
Post-production brings together all of the elements created at the production stage. The raw material now goes through the editing process which involves reviewing the footage integrating branding, graphics, special effects, narration, soundtrack and colour correction. Following several stages of internal review, the first draft is sent out to the client for feedback.

Client Feedback/Edit Revisions
During post-production, our editor will usually make an initial rough cut which will be sent to you for tweaking and revisions. Once the revisions have been made we’ll send a final draft for approval.

Finishing/Exporting Files
Following the creative processes and approvals, your content is mastered and supplied as digital files.

Back to Marketing Resources